Top 5 most burning questions about Huskies in 2022! 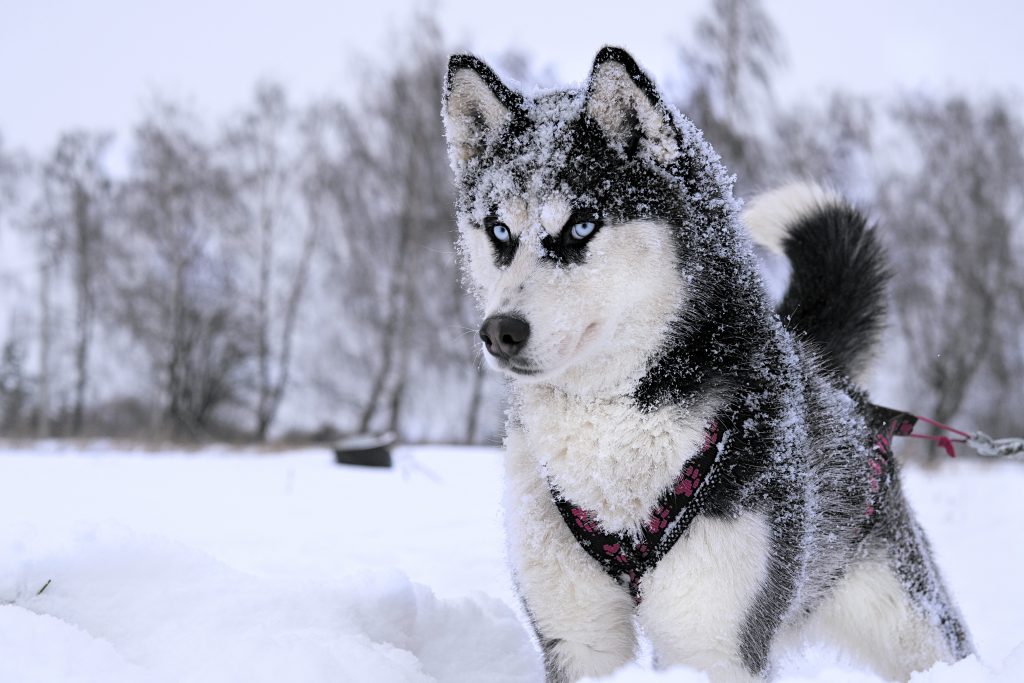 Here are the top 5 most burning questions about huskies in 2022! Learn about if the husky dog breed is right for you.

Some things to consider about huskies!

Huskies are thick-coated northern dog breeds who are extremely loyal and passionate. The husky breed originated from Siberia. They are particularly fit for colder regions such as Alaska, in general when people would speak of huskies they are probably referring to the Alaska husky breed.

The coat color varies greatly with the breed type. Considering the history of its ancestors the husky adapts some of the major passed down traits which today constitutes their personalities. The huskies can be used as shepherd dogs in the northern regions but are also very independent. Being independent is a sign of a heightened sense of intelligence which is not a privileged most dogs share.

Are huskies easy to train?

The husky is harder to train and get along with for people who are not familiar with dogs and dog behavior previously or have no pet experience. It is important however to consider such an intelligent dog as a family companion rather than a house pet. The wanderlust potential in huskies is very high. This means that they tend to wander away and are highly interested in exploration.

The huskies tend to be quite stubborn sometimes but the owners should not treat this temporal behavior as a physiological deficiency, stubbornness is only an attribute of an intelligent dog which pertains that the animal in question comprehends her or his individuality and has subjective interests which they prioritize to engage in. Here are a few answers to the most wondered about questions regarding huskies.

Can huskies be accommodated easily?

The accommodation of huskies depends entirely on the scale of the particular place an owner is capable to provide. First and foremost, the husky is not fit for any apartment. The husky is a big dog with bigger needs. They need high fences to be kept indoors and other subtle and sure measures for security need to be made to make them safe. Furthermore, the husky’s loyalty is also based on the attention and trust she or he receives from her or his owners.

Huskies can have anxiety

The huskies develop anxiety if left alone for extended periods. This anxiety leads to a series of panic behavior, for example, they will begin to chew soft material life sofas or cushions and will begin to destroy your stuff like cosmetics or other material possessions within their reach. The anxiety is very bad for a dog or any other animal in the long term. It develops trauma and tends to decrease the built-up levels of trust.

Do huskies need a lot of space?

The brief answer to the accommodation question is ‘NO’ for huskies require a large spot to make their own. Even if you are keeping a husky on a farm it is necessary to make a boundary or to construct a proper vicinity within which the dog might perform her or his daily exercises et cetera without suspicion of potential harm from an outside agent or of their wanderlust tendencies. People living in urban areas must recognize the husky’s fundamental needs and drives.

Is this dog breed really active?… Even at all?

Yes! Despite their size, they are a lot active than several other dogs hence they require constant exercise or physically engaging tasks to keep their needs in balance. Satisfaction with physical needs also promotes their physiological health. A good daily exercise followed by a proper diet will keep your husky’s health in check and increase her or his life span considerably.

Should I socialize my husky?

For dogs such as huskies, it is really important to give them the necessary socialization training. Moreover, in urban areas, the above-mentioned socialization exercise or training is a necessity. In areas where you see and engage with a lot of people on daily basis with your dog with you; socialization becomes a prerequisite that is essential for the dog and everybody else around the dog. socialization makes a dog conscious of potential harmful stuff and other friendly stuff (for example what to reach and towards what to be reluctant).

Furthermore, socialization makes a dog more temperate towards other human beings and animals, this training further makes your dog less violent and more friendly towards other sentient beings including other animals. this training is completely essential if you have children or other family members and friends who you meet on daily basis.

When do huskie’s ears stand up

To understand the various movement of a husky’s ears deliberate or otherwise one has to understand the physiological behavior, personality traits and physiognomy et cetera. While growing up the cartilage present in the ear is not completely developed but is in process of development, this is not deliberate and makes a husky’s ears floppy which means they fall on the husky’s head because of their weight and not enough muscular support.

How to make your huskie’s ears go up?

Try to make your husky pup attentive or playful or excited by making them curious about objects and their functions. There are a lot of exercises you can find to be able to properly engage your husky in different sorts of activities. Whilst busy in these activities stand back and notice if her or his ears are reactive to the procedure or not. If they are then you can rest assured of the proper process of cartilage development.

However if they do not respond as you are wishing them to it is advisable to contact a professional animal health care. This is not to be worried about the development of animals like the development of humans depends on a lot of factors an irresponsive dog can turn normal in the future just as a nonsocial person can become social with a change of phase.

How high can a husky jump?

An adult husky can jump up to 5 feet depending on its physiognomy and distinct characteristics. With an emphasis on physical muscle accumulation or sensory build-ups, a husky can be able to jump as high as 6 or slightly around 7 feet. people who are surprised at the confirmation of their wonderment concerning the question of how high can a husky jump need to understand a certain history.

Where did huskies come from?

The Huskies were bred in Siberia and were used in hunting and human companionship for a long period of their history. This ability to conform so easily to cold environments and snow is a hereditary trait that has seeped into the modern breed of husky dogs. this trait allows them to be super athletic, quirky, and playful. They have strong muscles which allow them to stand their weight and lift them.

This strength also allows them to defy gravity for a short amount of time to enable them to jump as high as six feet (how high can a husky jump?) in the air despite the environmental factors. The highest points achieved in jumping also depend on their momentum build-up. The more the momentum the higher the jump and they are pretty good at this because it is an attribute of their resilience that has proved very useful in hunting.

When do huskies go into heat?

The Huskies go into heat at least 2 times in a single year and each in-heat period is a cycle meaning that it lasts a few weeks depending on the breed and other factors. The heat cycles depend on their age and begin to properly occur between the ages of 6 to 8 months to 8 to 12 months, these are the developing years and this is where one observes most activity.

This can prove troublesome if there are other dogs of the same breed around. A lot of people consider spaying their huskies to minimize all the risks of unwanted puppies and pregnancies and all the other health risk factors related to the former two. The question of when do huskies go into heat needs to be given utmost importance because it does not only affect the dog but also you, your family in the long term.

Yes, huskies are great swimmers but their ability does not necessarily come naturally to them. they need to be introduced to all harmful aspects of water whilst being given the necessary swimming training. This training involves a lot of exercises including rescue or fetch. Once been properly introduced to such training they prove to be great at swimming and this ability can be used as an attribute for protection or security et cetera.

If you love huskies and have never had a dog before it is necessary to carefully peruse the above-given information. The husky is not recommended for first-time dog owners since they are quite stubborn and prove to be independent. Otherwise, the husky can be your ideal human companion and a long-term family friend when given proper care and training. Find your next husky on petslistings!

PawPress! Stay up to date! 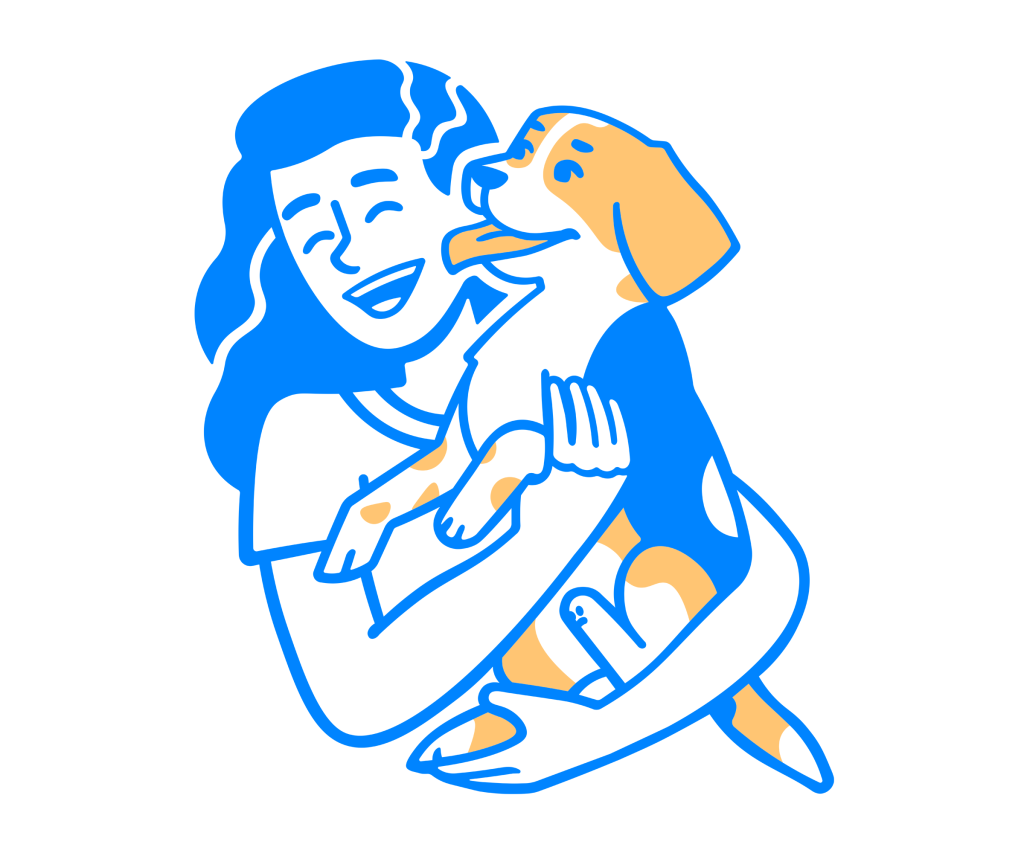